Hold Your Head Up High- Darlingside 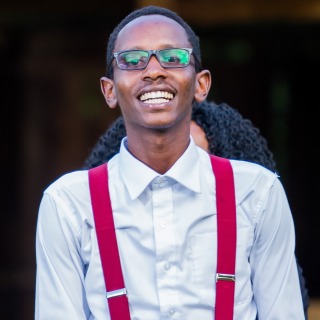 Benson Langat is a young and passionate writer; a poet and a Wattpad author. By day, Benie attends the University of Nairobi and besides writing blogs, articles & creating SEO-friendly content (since 2016), he manages a team of article writers.

Something big is coming. And the men at the high table are worried about the walls they built; they listen. “One more service to the nation.” Nothing should stand in their way.

A team of five special operations soldiers is betrayed by the country they swore service to. A plot to take them out is executed during a mock mission, where they are ambushed and presumed dead for years. The soldiers of fortune return from the dead, and they are not so happy with the men on the high table.

“Rebirth” is my remake of SOF (Soldiers Of Fortune, initially Seals Of Fortune). I first wrote the book between 2014 and 2015. It was a one-of-a-kind, and a collabo with a friend, Sammy Sims. SOF was one of my projects that met this sad fate; when I felt, I should “revamp” my writing style. Revamp what!

I haven’t started writing Rebirth yet, but I hope to start it off soon after The Raid, another upcoming project.

On 5/30 and 5/31, I published a narrative on Meet your Characters. It was from the story, Soldiers of Fortune: Rebirth. It’s an action piece.

Bob is a Captain of a team of five special operations soldiers. A noble leader, Bob has a deep commitment to the service to his nation.

Larry, in the narrative, is a young soldier recruited into the special ops team by Bob. He follows in the Captain’s footsteps and stands as his right-hand man.

In the narrative, I take you back to how the team, led by Bobby, started. The first part features Bob training Larry. I would like you to, with time, know and understand each of the five; their varied beliefs, characters, performance, and personal lives.

The narrative begins as Bob & Larry walk into a bank and towards a teller. Bob informs Larry, though vaguely, of an impromptu mission.

The narrative breaks where Larry gets boxed in three nearly impossible situations, which require him to act fast.

This narrative will be continued at a later time. There’s plenty about how the whole team came together that you may enjoy reading about.

Last week’s narrative will go up on Meet your Characters in about 40 minutes. Why don’t you join me? I hope you enjoy it!

Till then, stay safe & bye.

Photo by Simon Wijers on Unsplash

One thought on “Soldiers Of Fortune- Bob & Larry [Reviewed]”